Dawlish is an English seaside resort town and civil parish in Teignbridge on the south coast of Devon, 12 miles (19 km) from the county town of Exeter and from the larger resort of Torquay.

Its population of about 16,000 in 2018 was expected to grow sharply in coming years, as several large housing estates were under construction, mainly in the north and east of the town. It had grown in the 18th century from a small fishing port into a well-known seaside resort, as had its near neighbour, Teignmouth, in the 19th century.

Dawlish is located at the outlet of a small river, Dawlish Water (also called The Brook), between 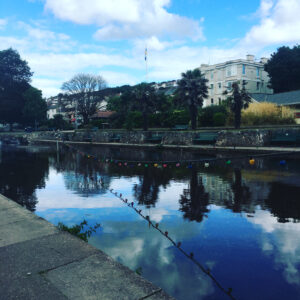 Permian red sandstone cliffs, and is fronted by a sandy beach with the South Devon Railway sea wall and the Riviera Line railway above. Behind this is a central public park, The Lawn, through which Dawlish Water flows.

Immediately to the south-west of Dawlish is a headland, Lea Mount, with Boat Cove at its foot and Coryton Cove, the furthest part of the beach accessible by the seawall path behind it. There is an Italian food kiosk there. To the north-east, via the beach or seawall, the coast can be followed for some 2 km to Langstone Rock and the resort of Dawlish Warren beyond.

Dawlish is also known for its black swans (Cygnus atratus), introduced from Western Australia, which live with other exotic waterfowl in a small urban sanctuary on Dawlish Water.[5] There are several attractions in and around the town, such as beaches, safari mini-golf, a waterfowl centre, a theatre, a leisure centre with a pool, a countryside park, and the Dawlish Museum.

A rivulet, known as Dawlish Water, or The Brook, runs from Haldon Moor through several villages until it reaches Dawlish town centre, from where it carries on out to sea. In early days the town was known as Deawlisc, Celtic for “Devil Water”. 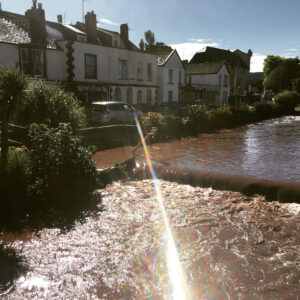 Perhaps this was a reference to the fast flowing water which occasionally swept away livestock.

This stream was adapted in the early 19th century by adding a number of weirs. This was done to reduce the possibility of flooding in the town.

Dawlish Water runs though the town in a trough, and there are several bridges to allow both pedestrians and vehicles to cross.

Since the start of the global pandemic and during lockdowns, The Lawn has become an alternative meeting place for pub-goers with several outdoor pubs being set up, each with its own unique appeal.

The stream is home to many birds, including black swans, and to fish.

Running parallel is a park where the visitor will find exotic plants including palm trees. Known as The Lawn, the park has a bowling green, a bandstand and a hatchery for waterfowl.

Feel free to become a free V.I.P member and benefit from all the social networking features such as messaging, groups, email, storage, activity streams and much more………… 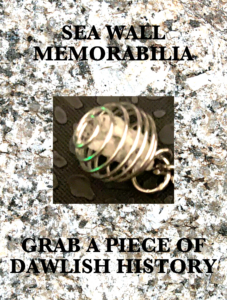