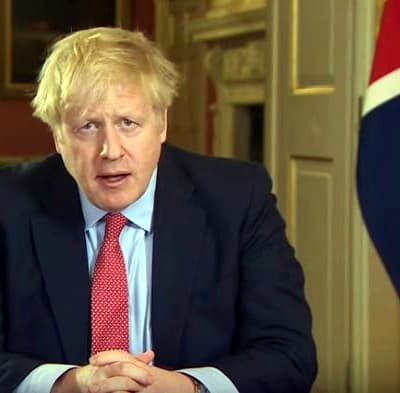 TORY MPs in Devon have been reacting to Monday’s confidence vote in Boris Johnson.

Three of the nine Tory MPs in the county want the prime minister to be replaced, one, a government minister appointed by Mr Johnson, supports him, and the remaining five haven’t yet come clean.

The PM survived a bid to oust him as Conservative Party leader but 148 of his MPs voted against him; roughly 41 per cent of the parliamentary party.

MP for Newton Abbot, Anne-Marie Morris described it as a ‘hollow victory’.

And Tory MP for Totnes, Anthony Mangnall, suggested Mr Johnson was not a fit and proper person to be in No 10 Downing Street.

In a statement Ms Morris said: ‘While the PM won the vote of no confidence, this will prove a hollow victory for him, for the party and most important for the country.

‘The country needs a leader that commands support from his party and respect across the House and the country to govern effectively.

‘This is the beginning of the end for this PM.

‘This result is worse than comparable votes of no confidence in his predecessors. ‘This is a tragedy – a PM elected with such hope for a better future has not delivered.

‘He has been buffeted by terrible challenges – some he has met and successfully addressed and for those he should be applauded.

‘But that is not enough. Today’s challenge of the rising cost of living, as well as the post-Brexit opportunities for growth are not being met.

‘This PM may well prove me wrong – but without the trust of his MPs and of the electorate I can only see one end – and it is not a happy one.’

He said: ‘In February I submitted a letter of no confidence in the PM following the first Gray report. I have not changed my mind. Accordingly, I have just voted for change.’

Totnes MP, Anthony Mangnall also tweeted his opposition to Boris Johnson ahead of the poll.

‘Today is not about Brexit it is only about whether or not colleagues feel the PM is the fit and proper person to be in No10,’ he said.

‘Unsurprisingly, I do not believe he is and I will therefore be voting against the PM tonight.’

Torbay MP Kevin Foster who is on the government payroll as immigration minister in the Home Office, supported the prime minister. He would have been expected to resign if he had dissented in public.

Mr Foster had been expecting to spend Monday on personal business and not on politics, but the sudden announcement of the confidence vote meant he had to travel to Westminster.

In a Tweet ahead of the vote, he wrote: ‘People are understandably angry when seeing pictures of events which should not have happened or the idea their sacrifices were not what others were requiring of themselves. It is right apologies have followed and changes made.’

Five other Conservative MPs in Devon are mute on the matter. They are:

All have been contacted but have not yet indicated how they voted in the secret ballot.

211 Conservative MPs supported the prime minister in the confidence vote but it was fewer than he would have hoped and analysts are asking whether he will be able to stay in power until the next general election.

8 July 2022
We use cookies on our website to give you the most relevant experience by remembering your preferences and repeat visits. By clicking “Accept All”, you consent to the use of ALL the cookies. However, you may visit "Cookie Settings" to provide a controlled consent.
Cookie SettingsAccept All
Manage consent