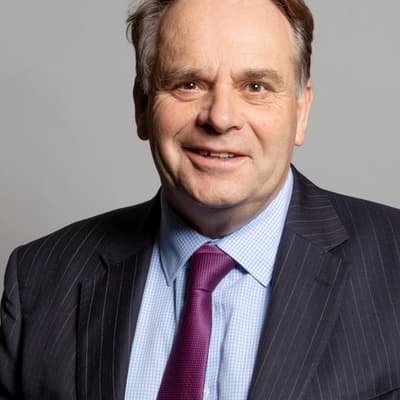 THE MP for Tiverton and Honiton, Neil Parish yesterday, Saturday, April 30, told the BBC he is resigning as an MP after admitting he watched pornography twice in the House of Commons.

Mr Parish (65), said it happened during a “moment of madness” and added: “I was not proud of what I was doing”.

He said the first time was accidental after looking at tractors, but the second time was deliberate.It was two female colleagues who claimed that they had seen him watching the adult content on his mobile telephone while sitting next to them during a Select Committee meeting in the House of Commons.

In an exclusive interview with BBC South West, Mr Parish said: “The situation was that – funnily enough it was tractors I was looking at.“

“I did get into another website that had a very similar name and I watched it for a bit which I shouldn’t have done.

“But my crime – biggest crime – is that on another occasion I went in a second time.”

He added: “What I did was absolutely totally wrong.”

An emotional Mr Parish said he was standing down after seeing the furore and damage it was causing his family, his constituency and local association.

He denied watching the material in a way where he hoped other people would see it.

Mr Parish was suspended by the Conservative Party on Friday because of the allegations. Later on Friday Mr Parish confirmed that he would remain as an MP while his conduct was being investigated.

He confirmed that he had reported himself to the Parliamentary Standards Committee.His change of mind will now trigger a by-election for the seat which he held with a 25,000 majority.

The Tiverton and Honiton Constituency confirmed that it supported Mr Parish’s decision to step down.It took the opportunity to thank Mr Parish for his 12 years of service to the constituency.

Other politicians had called for Mr Parish – who was also chair of the environment select committee – to stand down as an MP.It was on Wednesday that it emerged that a female minister had reported a male colleague for viewing pornographic material while sitting beside her in the Commons chamber.

The female minister said she had also seen the MP watching pornography during a hearing of a select committee, “The Times” reported.

A second female Tory MP said she had tried but been unable to capture video proof of him doing so.

The allegations were subsequently revealed to have been made about Mr Parish.A farmer, Mr Parish has been an MP since 2010 and was a Member of the European Parliament for South West England from 1999 to 2009.

Mr Parish is married and has two children and two grandchildren.