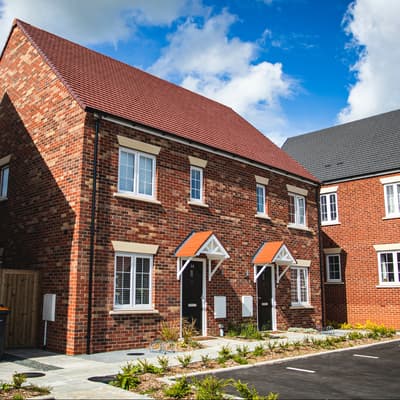 Figures released today have revealed that the South West has seen the highest annual house price growth of any region in England over the past year.

The Halifax House Price Index, which monitors the amounts paid for properties across the UK, has reported that the national average house price rose to a record £294,895 in June.

This is 14.2 percent higher than June 2021, the highest rate of growth in England. This time last year, the South West average was approximately £267,227.

“However, for agents on the ground, it was definitely less of a shock. We’ve seen limited slowdown in the market in the last couple of months – largely because demand is still outweighing supply.

“It’s unsurprising that the South West saw highest annual growth in England. The region offers a lot of what buyers are prioritising – more open and green space, good quality of life, and value for money.

“Interestingly, our latest Housing Futures research found that while just 4% of respondents currently live on the coast, a staggering 18% want to live there.

“With the South West offering arguably some of the best of British coastline, or at least easy access to it, we may very well stay at the top of house buyers’ lists of where they want to move to in the coming years.”

House prices across the UK have risen steadily for twelve consecutive months, and are now 13 percent higher than they were in June 2021.

However, Halifax predicts that price increases should slow within the coming months.

Russell Galley, Managing Director at Halifax, said: “The UK housing market defied any expectations of a slowdown, with average property prices up 1.8 percent  in June, the biggest monthly rise since early 2007.

“The supply-demand imbalance continues to be the reason house prices are rising so sharply.

“Demand is still strong – though activity levels have slowed to be in line with pre-Covid averages – while the stock of available properties for sale remains extremely low.

“Property prices so far appear to have been largely insulated from the cost of living squeeze.

“This is partly because, right now, the rise in the cost of living is being felt most by people on lower incomes, who are typically less active in buying and selling houses. In contrast, higher earners are likely to be able to use extra funds saved during the pandemic, with latest industry data showing that mortgage lending has increased by the highest amount since last September.

“Of course, the housing market will not remain immune from the challenging economic environment.

“But for now it continues to demonstrate – as it has done over the last couple of years – the unique combination of factors impacting prices.

“One of these remains the huge shift in demand towards bigger properties, with average prices for detached houses rising by almost twice the rate of flats over the past year (+13.9% vs +7.6%).

“In time though, increased pressure on household budgets from inflation and higher interest rates should weigh more heavily on the housing market, given the impact this has on affordability.

“Our latest research found that the strong rise in property prices over the last two years, coupled with much slower wage growth, has already pushed the house price to income ratio up to a record level.

“So while it may come later than previously anticipated, a slowing of house price growth should still be expected in the months ahead.”

Bovey Tracey traders must adapt in wake of new supermarket