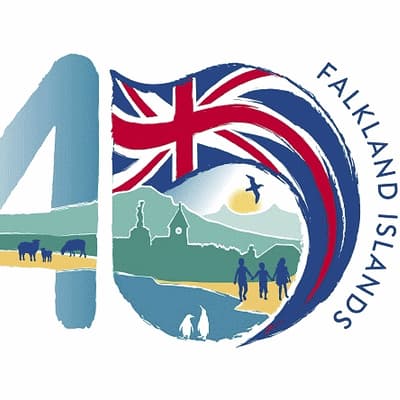 To celebrate the 40th anniversary of the liberation of the Falkland

Alan (M0TRU), John (2E0SPS) and myself (M0TCF) ran the station for as long as we could over the weekend.

We were very pleased to welcome a number of our own club members over the two days, (all of whom were unceremoniously press ganged onto the operations table, both behind the radio and the logging system).

We were also very glad to welcome the two Ians from the Riviera ARC.

Our location attracted interest from folks passing by, including a local operator who had been out of touch with the world of radio for decades and a young lady who was

halfway through a cycle ride around the British Isles, and wanted to take some video footage for her Instagram account apparently!

Singles Side Band telephony contacts, ranging from Iceland around

to the Nordic Countries, through most of Europe, with one daytime

contact to Ohio, USA which took us all by surprised.

Given that we were using a Kenwood TS590 transceiver, powered by a leisure battery, running a maximum of 85 watts RF, into a SOTA Beams Band Hopper antenna and a Chameleon Delta Loop, I can’t say that we were anything other than very pleased with what we managed to achieve.

We spoke to numerous inter-G (UK) stations, a large amount of whom were very complimentary for the reminder about the significance of the forthcoming date, and the events around it.

We were, as always, operating in the spirit of Amateur Radio – ‘spreading Friendship around the world’ and we made it clear to all that we were ‘Commemorating’ the 40th Anniversary, at the same time remembering ALL who fell during the conflict.

During the two days we ran our station, we were privileged to work seven different stations, each of whom were Falklands Islands veterans, that was very special for all of us.

Had we managed to actually hit the Falklands Islands, it would’ve been the icing on the cake for everyone, but that’s the magic of radio, sometimes it works and sometimes it doesn’t!

6 July 2022
We use cookies on our website to give you the most relevant experience by remembering your preferences and repeat visits. By clicking “Accept All”, you consent to the use of ALL the cookies. However, you may visit "Cookie Settings" to provide a controlled consent.
Cookie SettingsAccept All
Manage consent