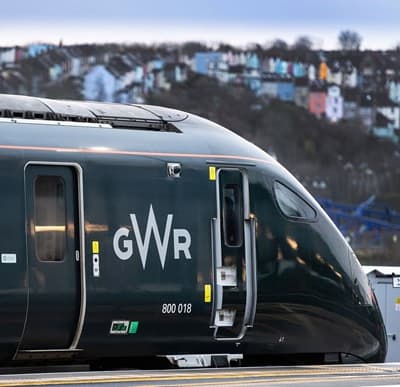 RAILWAY companies are warning that rail services in Teignbridge could be ‘significantly reduced’ after dates of industrial action were announced.

Following the announcement of industrial action dates by the RMT union, railway services will be significantly affected between Tuesday and Saturday, June 21 to 25.

Railway companies SWR and Network Rail say they are working with other train operators to finalise a significantly reduced timetable for those dates, but is warning customers to expect severe disruption on days impacted by industrial action.

A SWR spokesperson warned: ‘With Network Rail signallers and more than 2,100 SWR RMT members taking industrial action, it is likely that significant parts of the South Western Railway network will be unavailable for travel on those dates. Where routes are open, it is likely that far fewer trains will run than normal.

‘As a result, customers are urged to change their travel dates if they can and, for those who have to travel on those dates, to begin looking for alternative methods of transport.

Teams are also working to update hospitals, schools, airports and businesses across the network on what this will mean for them.’

Claire Mann, managing director of South Western Railway, said: ‘I understand that the announcement of upcoming industrial action will worry many of our customers, particularly against the backdrop of significant cost of living pressures.

‘We are carefully finalising contingency plans, but I’m afraid this action will mean that many customers will be unable to travel by rail.

‘If customers can change their date of travel, or make alternative arrangements, I urge them to begin making those arrangements as soon as possible.’

‘I appreciate how challenging this may be and would like to thank customers for their patience as the rail industry responds to this unprecedented industrial action.’

Network Rail and Great Western Railway are among rail companies taking part in the three day walkout later this month in the biggest dispute on the network since 1989.

The RMT union will shut down the country’s rail network on June 21, 23 and 25 after talks to come to a settlement failed.

Union members voted in favour of the strike action which will see major disruption to summer travel.

The union says Network Rail and the train operating companies had ‘subjected staff’ to multi-year pay freezes and cut thousands of jobs which could make the railways ‘unsafe’.

Despite talks with rail bosses, the RMT says it has not been able to secure a pay proposal nor a guarantee of no compusory redunancies.

The Department for Transport said strikes should always be the last resort.

A spokesman said: ‘It is hugely disappointing and premature that the RMT is calling for industrial action before even entering discussions.’

Mr Lynch added: ‘Railway workers have been treated appallingly and despite our best efforts in negotiations, the rail industry with the support of the government has failed to take their concerns seriously.’

Police commissioner tackled over ‘out of control’ hate crime Increase