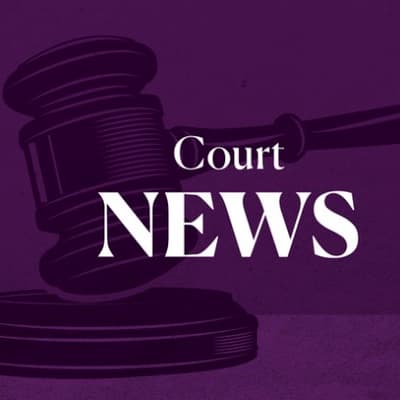 A RAIDER who travelled 200 miles to break into a Newton Abbot scrap yard has been ordered to pay £3,000 compensation.

Andrei Dumitru was one of four Romanians who went by van from Essex and climbed onto the roof of Newbery Metals armed with cutting equipment.

They set of an alarm as they broke through the roof of a shed in the yard but police had already been alerted by a sharp-eyed passer-by who spotted people inside the yard when it was closed on a Sunday afternoon.

One of the others has already been jailed and deported to Romania but Dumitru’s case was delayed because he was stuck in his home country during the Covid pandemic and has only recently returned to Britain.

The cost of repairing the roof was £5,000 and he has been ordered to pay more than half that amount after being spared a jail sentence at Exeter Crown Court.

Dumitru, aged 27, of Southend Road, East Ham, London, admitted burglary and was jailed for nine months, suspended for a year and a half, and ordered to do 100 hours unpaid community work and pay £3,000 compensation by Judge Peter Johnson.

He told him he had been a hard-working member of the community for most of the time he has lived in Britain but had committed this offence after falling on hard times.

He said: ‘You were tempted by the offer of easy money and came down to Devon with others, the plan being to burgle this premises to steal scrap metal.

‘You brought power tools with you to facilitate that and went onto the roof of a shed where you cut through the roof, setting off an alarm, although the police were already on their way.’

Mr Rowan Jenkins, prosecuting, said the raid took place on September 1, 2019, and the four men were arrested as they fled the yard empty handed.

Co-defendant Claudui Neconosctu, aged 27, who had other offences and played a greater role, was jailed for 12 months at Exeter Crown Court on November 7, 2020.

Mr Nigel Wraith, defending, said Dumitru came to Britain in 2017 with the intention of working hard to help his family, most of whom now live in East London. He fell on hard times and accepted an offer from a Romanian friend to make the trip to Devon.

He was picked up in a van and had no idea where he was going during the long journey to Devon. He regretted getting involved from the outset and is truly remorseful.

Mr Wraith said Dumitru is a skilled renderer and has been offered lucrative work with his father’s building firm which will enable him to pay compensation.

Recycling sales are over half a million pounds higher than predicted

7 November 2022
We use cookies on our website to give you the most relevant experience by remembering your preferences and repeat visits. By clicking “Accept All”, you consent to the use of ALL the cookies. However, you may visit "Cookie Settings" to provide a controlled consent.
Cookie SettingsAccept All
Manage consent