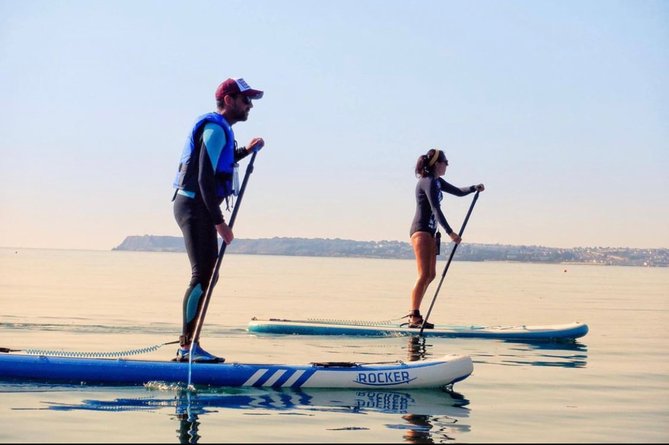 A FORTY-year-old father from Teignmouth who lost his fight against bowel cancer is set to be remembered something grand at an upcoming charity event.

At the age of 37, Rob Hooper was diagnosed with stage-four bowel cancer to the shock of family and friends.

Not one to wallow, Rob remained positive and did not let his diagnosis get him down, as wife Danielle explained.

‘Rob was so brave when he had his cancer – I never heard the words “why me?” come out of his mouth,’ she said.

‘He accepted it and got on with it and I think people were a little bit in awe of him really because he didn’t just sit and wallow.

‘There was a point where Rob was on chemotherapy tablets, as well as having chemo by infusion, and he was still working 50 hours a week –you just couldn’t stop him, he wanted to carry on.’

A three-year long struggle then followed, with sunshine and storms in equal measure and, in spite of his admirable outlook, Rob’s diagnosis became terminal and the father of two was given two weeks to live in 2021.

Upon hearing the news Danielle was introduced to the Willow Foundation, a charity that works with seriously ill young adults aged 16 to 40 to fulfil special days out.

Danielle said:’ A friend of a friend told me about the Willow Foundation, I had not heard of them before and so I contacted them straightaway.

‘They worked with us to come up with ideas of what we wanted to do.

‘I thought I was going to be having a nice weekend in the West End, watch a couple of shows perhaps but Rob had his heart set on going to Goodison Park.

‘They sorted everything out, they booked the tickets, got in touch with Everton and arranged for us to have a tour of the ground, they paid for our hotel, taxis, trains – Rob was over the moon because he had never been to Goodison Park before and he was a lifelong Everton supporter.

‘To see Rob so happy with his boys by his side was lovely and when his childhood hero, Duncan Ferguson, came about, he was jumping for joy.

‘I could never arrange something like that myself, it was probably the best weekend he has ever had in his whole life.

‘It was so nice to just be a normal family and not have to think about cancer and chemotherapy.’

The time came when Rob’s funeral had to be arranged and, unsurprisingly, the avid paddleboarder took it upon himself to see it through personally, as sister Carrie explained.

‘I was absolutely blown away by the way Rob handled the funeral arrangements – it was incredible really.

‘He basically sorted everything even down to a pint for everyone at his wake.’

‘Rob even took our boys, Cori and Riley, out to buy their suits for the funeral because he wanted to make sure they were looking spot on – obviously he didn’t trust me to do that!’ Danielle said with a smile. 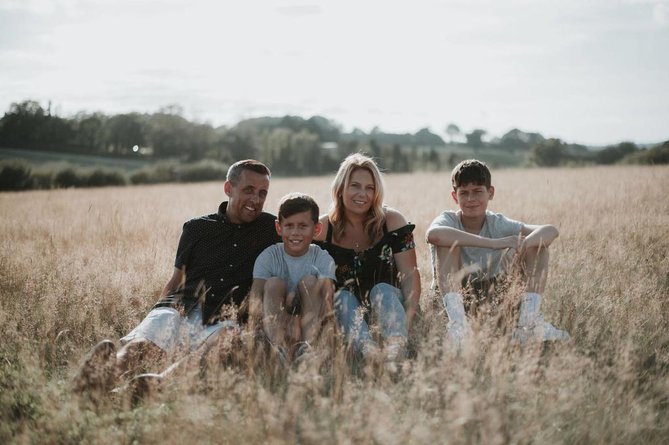 The charity event, which is being sponsored by TQ Taxis, will see family and friends gather at Teignmouth AFC to celebrate Rob’s life and raise money for the Willow Foundation.

Set for Saturday, August 6, the event is shaping up to be a truly special day with multiple football matches, stalls, games, live music, raffle, an auction and much more besides.

‘People have been so, so generous as well as the businesses in Teignmouth and Torquay.

‘We have The Elephant in Torquay supporting us, artist Laura Wall in Teignmouth and many more, everyone has been really kind.’ Carrie said.

Any and all money raised at the event, which is being held at Teignmouth AFC, will be donated to the Willow Foundation.

‘Rob was a very, very thoughtful person and he always put everybody else before himself.

‘I think the reason the charity event has lots of support is because of who Rob was as a person.’ Danielle said.

Sister Carrie echoed Danielle’s comments, saying: ‘Rob was a very well-loved and well- known man in Teignmouth.  He was a proper family man, very hard working, he liked his football and to go for a drink with his mates.’