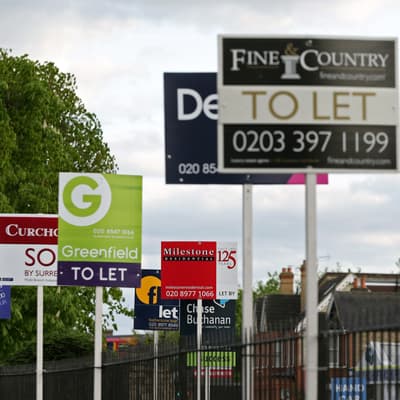 Renting alone was costing middle-income tenants in Teignbridge a quarter of of their pre-tax wages before the cost of living escalated, new figures suggest.

The Government recently unveiled its renters’ reform bill, which aims to ban no-fault evictions, provide greater legal power for renters to challenge landlords on unfit homes and protect them against unjust price rises.

Shelter said the bill is “a gamechanger for England’s 11 million private renters” but also expressed concern for tenants living on a knife-edge as the cost of living soars.

In Teignbridge, the median monthly rent for a one-bedroom property stood at £550 in the 12 months to March, Office for National Statistics figures highlight.

Separate ONS figures show the median wage of full-time employees in the area in 2021 was £26,930 per year.

It means the average middle-income worker living alone in Teignbridge was spending around 25% of their income on rent last year.

The median is a measure used to exclude extreme values which could skew the average.

Living costs soared in April, adding to the financial strain on renters across the country.

In England, the median cost of a one-bedroom property was £700 per month in the year to March, while the median salary was £31,490 – meaning an average lone tenant was spending approximately 27% of their income on rent.

Polly Neate, chief executive of Shelter, said millions of tenants are “living on a knife-edge with no wriggle room to help then navigate rising costs” as private rents rocket and swallow an increasingly large portion of people’s income.

Ms Neate also urged the Government to end the freeze on housing benefit immediately, providing a safety net for the almost half of renters who have no savings and preventing rising homelessness.

The Department for Levelling Up, Housing and Communities said the most vulnerable will receive at least £1,200 of direct payments to limit the rising cost of living, and highlighted the council tax rebate and £400 energy repayment as measures introduced to aid people during this testing period.

Different ONS figures show median rents rose by 2.8% in the 12 months to May, the highest annual increase since records began in 2016.

Action group Generation Rent said that some middle-income earners being unable to afford their own one-bed flat is a “shameful mark of failure by successive governments to take housing seriously”.

Dan Wilson Craw, deputy director at Generation Rent, said: “Renters are bearing the brunt of the cost of living crisis – unable to force their landlords to properly insulate their homes, and facing huge rent increases in the aftermath of the pandemic.

“In the short term, we need a freeze on rents but long term we need much greater efforts to build homes in places people want to live.”

A DLUHC spokesperson said: “We are extending the decent homes standard to the private rented sector, giving all renters the legal right to a warm home, while empowering them to challenge poor housing standards and unjustified rent increases.”