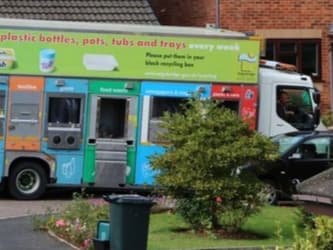 TEIGNBRIDGE District Council’s finances have been boosted by better-than-expected income from recycling.

Local authorities sell recycled materials they collect to be reprocessed across the UK.

In Teignbridge, this includes aluminium being sent to Merseyside to become new drinks cans. Glass bottles and jars are taken to Yorkshire and paper is sent to Norfolk.

At this week’s Teignbridge executive meeting, councillors were given an update on the current financial year’s budget and heard how recycling sales are over half a million pounds higher than predicted.

The figure is up on the original budget by £584,000, thanks to greater volumes of material being collected combined with an increased price for cardboard and plastics.

The increased volume has also led to higher income from recycling credit – used to incentivise the collection and recycling of household waste for local authorities – by a further £72,690.

Councillor Gordon Hook (Lib Dem, Buckland & Milber) described the higher income as ‘fantastic’ and an ‘incentive to some of our residents who are marginally interested in recycling to actually do better.’

Explaining that the extra money would help maintain services, he said: ‘I just think this is a great opportunity. Here is the evidence – not only is it good for the environment, but it’s good for your pocket, folks!’

Councillor Gary Taylor (Lib Dem, Dawlish SW) echoed his colleague’s comments, saying: ‘The more we recycle, the more raw materials are going back into the supply chain, which drives down costs overall in the end.’

In total, the council expects to underspend by £766,950 on the original 2022/23 budget. Aside from recycling, it expects to improve investment returns by £300,000, thanks to higher interest rates.

However, councillors were told the authority is having to pay a further £60,000 in hardware replacement to waste and recycling vehicles, while a potential higher-than-budgeted pay rise for staff is also likely to have an impact on finances.

30 August 2022
We use cookies on our website to give you the most relevant experience by remembering your preferences and repeat visits. By clicking “Accept All”, you consent to the use of ALL the cookies. However, you may visit "Cookie Settings" to provide a controlled consent.
Cookie SettingsAccept All
Manage consent