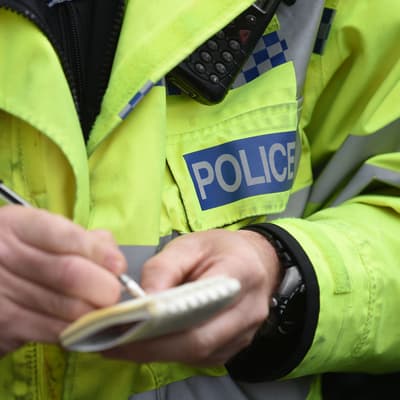 Last year, racially-motivated crime was put in the spotlight as three of England’s footballers faced racist abuse after missing penalties during the European Championship final, resulting in the team being knocked out of the tournament.

New figures suggest this may have contributed to a spike in racially aggravated offences, as dozens of police forces reported record numbers of hate crimes due to race or religion in the same year.

Analysis of Home Office data by the PA news agency shows there were 845 racially or religiously aggravated offences recorded in Devon and Cornwall in 2021, a rise of 7% from the 792 the year before.

Out of the 44 police forces across England and Wales, 39 saw an increase, and 34 saw an all-time high for racially and religiously aggravated crimes.

Assault, harassment and criminal damage are among the offences recorded.

Victim Support, a charity that works with victims of crime, called the figures “seriously concerning”.

Diana Fawcett, chief executive at Victim Support, said the organisation had recorded a similar increase in victims of hate crime coming to the charity.

“We consistently see spikes in hate crime linked to world events – for example, following the Euros finals last summer – so this could be one reason for the rise,” she said.

“This trend is seriously concerning – no person or community should be targeted because of who they are.”

There were 76,884 racially or religiously aggravated offences across England and Wales last year – the highest number ever reported, and more than double the 30,798 recorded in 2013.

The Equality and Human Rights Commission, an independent government body, said that there could be numerous reasons for the increase, including better recording practices, but warned that many offences are still going unreported.

A spokesperson for the commission said: “We know that victims of hate crime may not report incidents if, for example, they have low trust in police and criminal justice agencies.

“More still needs to be done to improve the process and the quality of support for victims. This includes effective hate crime training for police forces and reform to ensure our hate crime laws are clear and easy to understand.”

NPCC lead for hate crime, Deputy Chief Constable Mark Hamilton, said: “Everyone has the right to live their lives without fear of being attacked for who they are, either physically or verbally.

“We strongly encourage anyone who thinks they may have experienced any hate crime to report it to the police.

“We ask that victims come to us as soon as possible after an offence has been committed so we can begin our investigation as early as possible.”