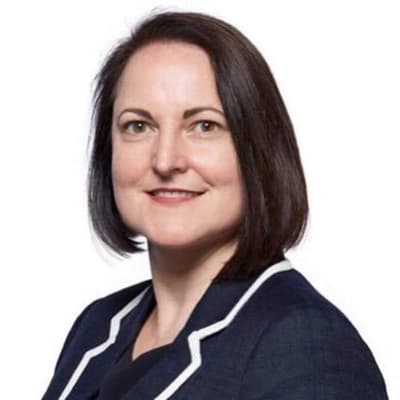 HATE crime in Devon and Cornwall has been described as ‘out of control’ and efforts to tackle it ‘ad hoc and reactionary’.

The comments came as councillors from across the two counties asked police and crime commissioner Alison Hernandez to explain how she planned to deal with the problem.

He asked the commissioner: ‘Do you have a plan going forward to tackle this? Because it seems like hate crime at the moment is out of control.

‘In the work that I’m doing in Torbay, I’m still getting inundated. How are you going to be tackling that over the next 12 months?’

Commissioner Hernandez said hate crime was the only category of crime which had seen a continual increase in reports and suggested whenever the matter was discussed it led to even more cases.

‘Whether it’s about race, sexuality, when there’s a national conversation about it, it seems to have a spike and an increase. So this is why language and how we try and talk about some of these subjects nationally really do matter,’ she said.

The commissioner thanked Cllr Atiya-Alla for his efforts in Torbay and said there are a number of challenges in policing around diversity and hate crime.

‘The whole culture and conversation around race has been a difficult one.

‘The disparity in stop-and-search has been a national conversation that has not been resolved. There is a lack of clarity about why [there is] that disparity.

‘There is a lack of understanding still about the use of stop-and-search and how some of that works in the use of force.’

The commissioner explained crimes hate crime and hatred against sexuality had risen most, but added that Devon and Cornwall Police are recruiting a non-executive director who will have race and inclusion as part of their portfolio.

‘We are under-representing young people from ethnic minorities in policing.

‘We have one of the worst forces for being able to actually match what your community level is compared to what you are in the force.’

Labour councillor Chris Penberthy (St. Peter & the Waterfront in Plymouth), challenged the commissioner about complaints he receives from residents in his area.

‘That is distressing that so many different protected characteristics have come to me because I’ve said I’m going to be scrutinising equality and diversity in the city as chair of a scrutiny panel.’

He criticised moves to cut community engagement in Plymouth, suggesting police would be more detached from the people they serve.

‘Hate crime is rising – and you have identified those are national conversations, but also specific communities… And actually your plans appear to become ad hoc and reactionary rather than programmed.’

Cllr Penberthy also argued there should be more reporting of misogyny as a hate crime.

Commissioner Hernandez insisted misogyny is being taken seriously and is often recorded as a specific crime.

‘It’s something that was introduced a number of years ago now and it is used as an aggravating factor when someone has been a victim of crime if they believe that misogyny is the cause.’

The commissioner rejected suggestions that hate crime is not a significant element of the Police and Crime Plan.

She said hate crime is now a ‘strategic indicator’ in the plan after Cllr Atiya-Alla proposed its introduction.

She offered to speak to any groups or individuals who felt their reports of hate crime were not being taken seriously.

21 November 2022
We use cookies on our website to give you the most relevant experience by remembering your preferences and repeat visits. By clicking “Accept All”, you consent to the use of ALL the cookies. However, you may visit "Cookie Settings" to provide a controlled consent.
Cookie SettingsAccept All
Manage consent