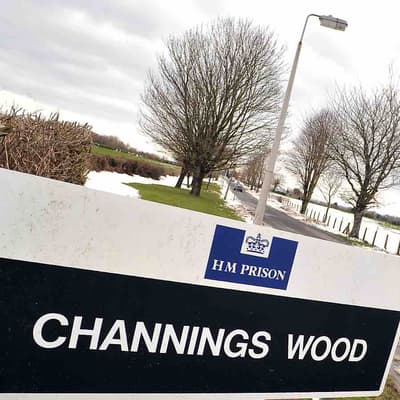 CHANNINGS Wood prison, near Denbury, is one of six prisons to expand to take in more prisoners in a scheme announced by the Government.

The Category C prison is due to increase its population as part of a share of 2,600 additional prison places to be built across England.

Contractors appointed to carry out work to build the new houseblocks will be also working with local small businesses.

Channings Wood will also benefit from the construction of ‘state-of-the-art’ workshops, aimed at supporting the Government’s drive to cut reoffending rates and crime by giving prisoners skills to get jobs.

Designed with security and rehabilitation in mind, the innovative design of the new houseblocks will include x-shaped buildings with wider landings to increase visibility of multiple wings, helping officers to maintain order.

The designs will also mean easier access to supporting facilities such as additional healthcare and kitchens.

It is estimated that the construction of the houseblocks and refurbishment works will generate over 2,000 jobs through the construction phase and over 750 jobs within the new prison facilities.

The Prisons Minister said: ‘The Government is delivering on its vision for a modern prison estate that places security and rehabilitation at the heart of its design.

‘This will boost public safety by giving offenders every opportunity to turn away from a life of crime and towards a future of gainful employment.

‘These houseblocks are also great news for the local firms who will play a central role in constructing them, along with the communities who benefit from the jobs that will be created at the prisons.”

The projects are part of the Government’s £4 billion investment to create 20,000 modern places – the biggest prison-building programme this country has seen in over a century.

The new jails will ensure conditions are in place to rehabilitate prisoners – giving them the education, skills and support.

This will help to cut crime, reduce reoffending and protect the public.

New houseblocks are part of a wider agenda to increase capacity across the prison estate, with plans to build four brand-new prisons while refurbishing existing sites to bring out of date prison places back online.