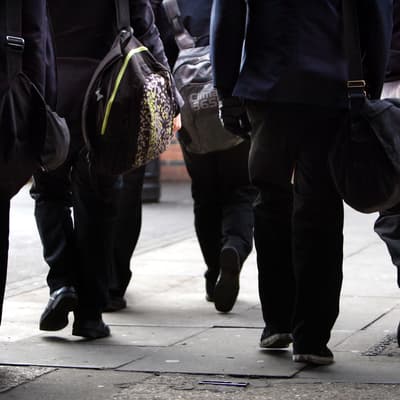 SEVERAL secondary schools in Devon are full or over capacity, figures reveal.

The Association of School and College Leaders said a record rate of overcrowded schools nationally is being driven by increased demand for secondary places, compounded by ‘perceptions linked to Ofsted reports’.

Department for Education data shows that seven secondary schools in Devon were at or above full capacity as of May 1 last year.

In 2018-19 – the most recent comparable year due to coronavirus pandemic restrictions – there was one overcrowded school.

It meant 6,896 pupils in the area were affected by overcrowded schools last year – among around 880,000 nationwide.

A school is at or in excess of capacity when the number of pupils enrolled is greater than or equal to its number of places.

Across England, 22% of secondary schools reached this threshold last year – up from 17% in 2018-19, and the highest proportion in a decade.

The ASCL said a large contingent of children are moving into secondary education, and though local authorities are experienced at forecasting demand, it is not an exact science.

‘It drives a vicious cycle with improvement harder to secure in schools which face the greatest challenges.

‘The current approach needs a rethink so that it is more supportive and less punitive, and so that every family has access to a good local school place.’

In Devon, the busiest secondary school was Newton Abbot College, which had 1,182 school places but 1,317 children on its roll – meaning it was 11% over capacity.

Jon Andrews, head of analysis at the EPI, said more pupils means schools are more likely to be oversubscribed leaving pupils at less preferred schools or going through the appeals and waiting list systems.

He added: ‘Our research shows that pupils from disadvantaged backgrounds are less likely to be successful than others via these routes.’

Despite the increase in overcrowded secondary schools, just 17% of English primaries were at or over capacity last year – the lowest rate since records began in 2009-10.

Mr Andrews said the number of pupils attending primary schools peaked in 2019 and is expected to continue to decline.

But he said this could have implications for their long-term viability as most funding is determined on a per-pupil basis.

A DfE spokeswoman said: ‘The vast majority of pupils will be offered a place at one of their preferred schools this coming year.

‘Pupils are also now more likely to have a place at a good school now – with 87% of schools rated good or outstanding now compared to 68% in 2010.’