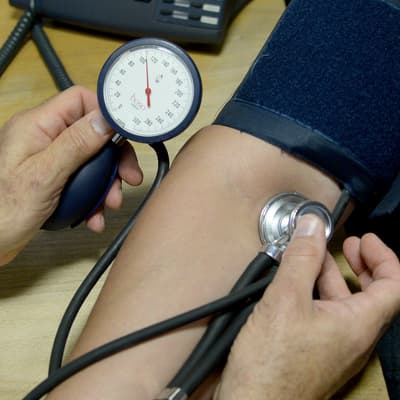 The number of GPs in Devon is rising, figures show, despite warnings that the NHS is facing a crippling shortage of doctors.

The Health Foundation warns that serious workforce shortfalls across English GP services pose a significant risk to the quality of health care over the next decade.

But NHS England figures show there were the equivalent of 826 full-time GPs in the NHS Devon CCG area at the end of May.

This was up from 792 in June 2021 – the most easily comparable figures from last year.

There were also six regular locum GPs, and 13 GPs on retainer.

However, new analysis by the Health Foundation’s REAL Centre, which does Research and Economic Analysis for the Long term, suggests there is currently a shortage of around 4,200 FTE GPs nationwide.

Researchers project this could rise to around 10,700 by 2030-31, and if an increasing number leave the profession due to burnout the estimated shortfall could double – meaning around half of posts would be vacant.

The Government has promised to recruit 6,000 extra GPs by 2024, but the Health Foundation says it is unlikely to do achieve this.

Anita Charlesworth, director of research at the Health Foundation and part of the REAL Centre, said: “It’s sobering that over the next decade things are set to get worse, not better.

“General practice is vital for a high quality and efficient health system, but the pressures it faces are longstanding, significant, and growing.”

She added that the Government urgently needs to retain existing GPs and practice nurses, to ensure that sufficient numbers are trained for the future.

The NHS England figures show that the Devon GP workforce is older than elsewhere in the country.

The Royal College of GPs said the worst-case scenarios of the Health Foundation findings would be a “disaster for patient care and the NHS as a whole”.

Professor Martin Marshall, chairman of the RCGP, said: “GPs and our teams have been working under intense workload and workforce pressures for many years, but the pandemic has exacerbated these pressures.

“More consultations are being made every month in general practice than before the pandemic, and the care being delivered is increasingly complex.

“Yet, although recruitment efforts mean more GPs are in training than ever before, numbers of fully trained, full-time equivalent GPs are falling.”

A DHSC spokesman said: “We are hugely grateful to GPs and their staff for the care they provide to patients and we are working hard to support and grow the workforce in order to bust the Covid backlogs.

“We have invested £520 million to expand GP capacity during the pandemic, on top of £1.5 billion until 2024 and we are making 4,000 training places available for GPs each year to help create an extra 50 million appointments a year.”

Application for new homes in Highweek

6 October 2022
We use cookies on our website to give you the most relevant experience by remembering your preferences and repeat visits. By clicking “Accept All”, you consent to the use of ALL the cookies. However, you may visit "Cookie Settings" to provide a controlled consent.
Cookie SettingsAccept All
Manage consent