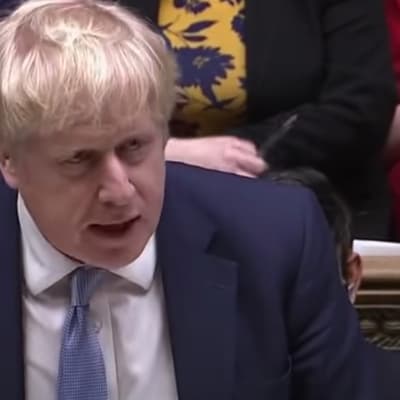 Local Tory leaders and MPs have welcomed Boris Johnson’s resignation as leader of the Conservative party.

The PM quit as Tory leader after dozens of his MPs revolted and left him unable to persuade cabinet colleagues he could continue in his role.

Mr Johnson has said however that he will stay on as Prime Minister until the autumn; a move strongly criticised by opposition MPs as well as some Tories.

The events have led to both relief and concern among leading councillors locally.

There was regret at the loss of Michael Gove, widely regarded as a friend to local government, who was sacked by Mr Johnson for disloyalty hours before the Prime Minister himself resigned.

Conservative leader of West Devon Cllr Neil Jory (Milton Ford) said: ‘I have been very concerned at recent events that have meant that the focus of government has been diverted from the very important issues that currently face us all.

‘I was particularly disappointed with the loss of Michael Gove from his post as secretary for levelling up; he has been an effective friend of local government since his appointment.

‘The resignation of the Prime Minister appears to now be the only way forward and I hope will enable the government to get back on track.

‘For our part in West Devon, our focus remains very firmly on local issues – inward investment into the area to create jobs and boost the local economy, our housing crisis, the needs of our most vulnerable residents arising from the cost of living crisis, rural poverty and accommodating our guests under the Homes for Ukraine scheme.

‘We’ll continue to work for the benefit of our residents and we will continue to support Team Devon and to work with and lobby government ministers to that end.’

Meanwhile Central Devon MP Mel Stride and Torridge and West Devon MP Sir Geoffrey Cox both broke their silence over some months to react to the news.’

Mr Stride said: ‘This has been a very difficult time for the Government, parliamentary party and country. It is good that we are now resetting under new leadership. I have no doubt that the government will now be able to move on positively and focus completely on the challenges that we face as a country.

Sir Geoffrey said: ‘I am very saddened that matters have reached this point, but I am convinced in the circumstances the Prime Minister has taken the right decision.’

The leader of South Hams District Council, Judy Pearce (Salcombe and Thurlestone), said of the resignation: ‘In the circumstances I am not surprised. The lack of ministers is much more worrying. Michael Gove was turning out to be a superb secretary of state at DLUHC and we were due to have meeting with the (now ex-)housing minister, Stuart Andrew, next week.

‘Given the housing crisis in Devon and the problems with short term lets taking so many properties out of the long-term letting market here, it’s very worrying that we are likely to lose the momentum and traction that it has taken us many months to build up on both these matters with the department.

‘What will now happen to the Levelling Up Bill is also of concern.’

Meanwhile, Labour MP for Plymouth Sutton and Devonport insisted Boris Johnson’s should not wait until the autumn to step down as PM.

‘Boris Johnson needs to go now, not cling on to power for months with a government that’s not functioning,’ said Mr Pollard and he criticised Devon’s Tory MPs for their previous support.

‘He was always unfit for office, but the rot doesn’t stop at the top. Tory MPs in the south west and across the country propped him up for too long, complicit in his lies, deception and disregard for public office.’

Plymouth Labour leader Cllr Tudor Evans OBE (Ham) added: ‘How can you not be in charge of your party and be in charge of the Government when you’ve got a situation where 50-odd ministers have resigned?

‘Who is he going to replace them with? I mean, he’s already got the bottom of the barrel.’

Just a quarter of Devon teachers are men

27 October 2022
We use cookies on our website to give you the most relevant experience by remembering your preferences and repeat visits. By clicking “Accept All”, you consent to the use of ALL the cookies. However, you may visit "Cookie Settings" to provide a controlled consent.
Cookie SettingsAccept All
Manage consent