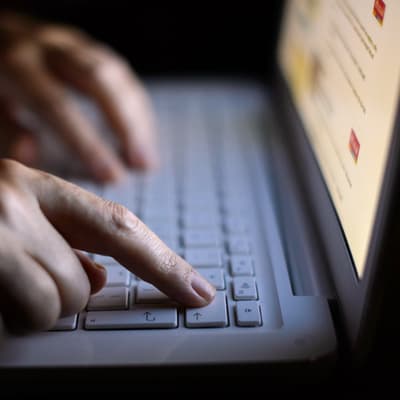 Hundreds of homes in Teignbridge have internet below the minimum standard for broadband speeds, new figures show.

Since March 2020, broadband providers have been required to meet a “universal service obligation”, meaning everyone has the legal right to a “decent, affordable” connection.

This is defined as a download speed of at least 10mb/s and an upload speed of 1mb/s, for a maximum of £45 a month.

If customers cannot access internet at this speed, they can ask their local network provider to set up a connection – although internet providers are excused if the cost to them is over £3,400.

New data from Ofcom shows there were 430 homes suffering from broadband below these speeds in name as January.

A 10mb/s connection is the minimum standard for being able to stream video and make face-to-face calls – both of which have surged as working from home has become normalised over the pandemic.

Homes suffering from extremely slow speeds still made up a minority in Teignbridge, accounting for fewer than 1% of households in the area.

Ofcom saidwhile new fibre-optic broadband had improved internet speeds for millions, some remain at risk of being left behind.

A spokesperson said: “Some homes in hard-to-reach areas still struggle to get decent broadband, so there’s more work to do to make sure these communities get the connections they need.”

Across the UK, nearly 100,000 premises have connections that do not meet the universal service obligation, with 81,500 of them residential.

Remote, rural areas are most likely to suffer from slow internet speeds, with Aberdeenshire, the Highlands and Powys in Wales topping the list for the most homes below the minimum standard.

Across the South West, 9,388 homes were below the minimum standard for broadband speed.

Meanwhile, Scotland, Northern Ireland and Wales had more than any English region, with over 20,000 in Scotland alone.

Which?, the consumer champion, said the cost-of-living crisis has made having a reliable, low-cost broadband all the more necessary.

The organisation’s director of policy and advocacy, Rocio Concha, said: “The industry and government must work together, or risk undermining the UK’s goal of becoming a world leader in connectivity.”

High-speed internet is a key part of the Government’s “levelling-up” agenda.

In their 2019 general election manifesto, the Conservative party promised gigabit broadband – with download speeds of 1000mb/s – would be made available nationwide by 2025.

Ofcom’s figures show 66% of the UK could access gigabit broadband as of January.

A spokesperson for the Department for Culture, Media and Sport said: “We’ve put more cash into broadband rollout than any government in British history.

“More than 97% of UK premises can access superfast broadband, which meets people’s current needs, but we are determined to not leave anyone behind.

“Since the USO gave people the legal right to a decent internet connection two years ago more than 89,000 premises have been upgraded.

17 September 2021
We use cookies on our website to give you the most relevant experience by remembering your preferences and repeat visits. By clicking “Accept All”, you consent to the use of ALL the cookies. However, you may visit "Cookie Settings" to provide a controlled consent.
Cookie SettingsAccept All
Manage consent