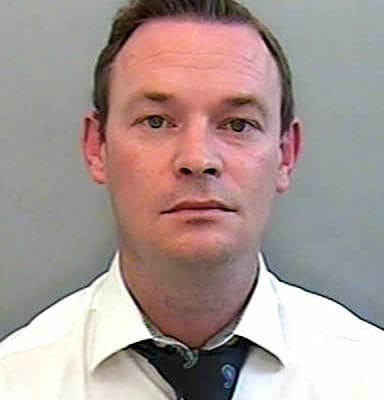 A HORROR movie fan is facing jail after being found guilty of abusing a 15-year-old girl who he invited to his Newton Abbot home to play computer games.

Daniel Kelly kissed the girl on two different occasions and put his hand on her bottom and chest before grabbing her arm and pushing her hand onto his groin.

One of the assaults happened when he was showing her his collection of horror movie memorabilia which he kept in the laundry room next to his kitchen.

Kelly carried out the abuse in 2011 but the victim did not report it until 2018, when she disclosed what had happened to doctors who were treating her after an overdose.

In the intervening years, Kelly had been convicted of very similar sexual activity with two other girls, aged 14 and 15, and served a two year jail sentence.

He was convicted after a jury at Exeter Crown Court studied pages of Facebook messages in which he groomed her over two months before inviting her to his Newton Abbot home with the promise of games, alcohol and fun.

The girl was very naïve and had never even kissed a boy before. She was vulnerable because of problems at home which had already led her to self-harm.

Kelly claimed she had invented the incidents but the jury heard from two friends who she told about it at the time and were shown medical notes from a couple of years later in which she disclosed she had been abused at the age of 15.

He was living on his own in a house in Jetty Marsh Road, Newton Abbot, at the time and regularly invited young girls to go there to drink or use cannabis.

The previous two offences happened in 2009 and 2010 and in Kelly’s Facebook messages to the third victim, he asked her about whether she drank, smoked or had taken drugs.

Kelly, aged 40, now of Paignton, denied but was found guilty of two counts of sexual activity with a child. Judge Peter Johnson ordered a pre-sentence report and granted him bail.

He told him: ‘That should not be taken as any indication of the likely sentence. At the moment, an immediate custodial sentence is at the forefront of my mind.’

During a four-day trial, the girl has told the jury how Kelly assaulted her on two different visits to his house in 2011, kissing her on the lips and touching her bottom on the first occasion, when he showed her his collection of horror memorabilia.

She said he got into bed with her when she went back with a male school friend two days later and touched her breast before putting her hand on his groin and putting his hand between her legs.

Kelly denied any inappropriate touching but and said the Facebook messages had been joking rather than an attempt at grooming.

He said: ‘I did not abuse her, either by kissing her, touching her bottom or groping her breast.

‘I was well aware she had problems and I tried to make things better for her and tell her things would get better.’