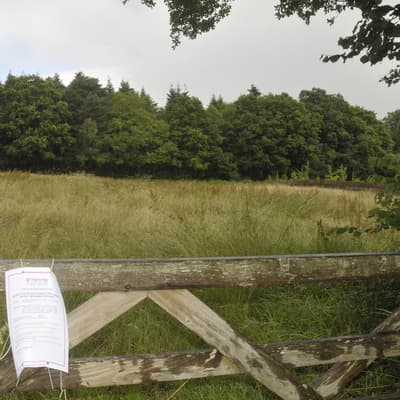 AN applicant has won his appeal to build a gypsy site at Liverton.

The original application, which was refused in August 2018, stipulated a change of use of land opposite Chapel Lane, Liverton, to four gypsy pitches including mobile homes, touring caravan parking, day room facilities, associated shared amenity space and a stable block.

The refusal led to an appeal being lodged with the Planning Inspectorate in 2019 by Thomas Packman; the appeal was upheld and planning permission was granted in June of this year.

An application for costs was made by Thomas Packman against Teignbridge District Council, which proved successful and the Planning Inspectorate ordered the council to pay costs.

A spokesman for Teignbridge District Council said: ‘This application dates back to 2018 when concerns over the impact of the plans led the council to refuse permission.

‘The appeal only took place recently due to delays caused by the pandemic.

‘In the four years since we made our decision, circumstances have changed and as indicated in our recently updated “Gypsy and Traveller – Five year supply of available pitches”, the appeal decision means that we now have the required supply of pitches.

‘Limited costs were awarded against the council at the appeal but we have not yet been advised as to how much they will be.’

Ilsington Parish Councillors, whose jurisdiction encompasses the site along Old Liverton Road, raised their concerns throughout the original application process only to have them fall on deaf ears.

An Ilsington Parish Council spokesperson said: ‘We listened to comments and concerns of residents who were not in favour of this development.

‘The applications have been dealt with in a proper and diplomatic way and the inspector is of the mind to grant the proposed development and the parish council has accepted this decision, as we do for any decision which is opposite to the council’s recommendations.

‘With this application the council gathered a great deal of opinions from parishioners and followed them through to the best of our abilities.

‘Being a parish councillor is a voluntarily post and our duties are for the benefit and wellbeing of our rural community. We report our findings and unbiased opinions to the appropriate authority as obliged to do so.

‘It is frustrating that our objections were not helped by the Highways department who were inconsistent with their decision making.

‘Sometimes councillors get very little respect for the hours spent trying to retain our little piece of Devon which we enjoy along with our parishioners of old and new against all the odds for what?

‘To have our findings overturned or ignored by third parties with little understanding of local knowledge, both historical and present day.’

Cllr George Gribble, the Devon County Council representative, said: ‘I am fully supportive of the parish council and the people of Ilsington’s wishes.’

A resident of Liverton said: ‘I am very disappointed in the result, as I am sure many others are, especially after all the effort that was put in to prove various facts which seem to have been ignored by Teignbridge District Council – we are disappointed in them as they did not put up a robust defence.’

Residents have also expressed concern about how a future development of the kind proposed could affect property prices in the locality.