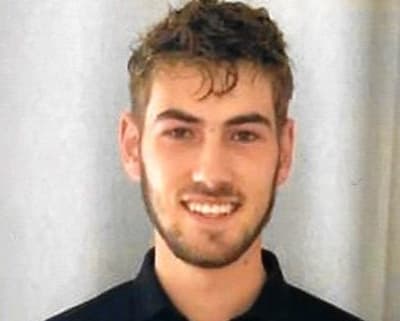 THE family of Newton Abbot man Jack Bray who sadly died in a road traffic collision in Bridport have paid tribute to their loved one.

Dorset Police were called at 5.22am on Tuesday, April 12, to a report of a road traffic collision on the A35 near to the Miles Cross junction involving a lorry, a white Mercedes Sprinter van and a Volvo V40.

Officers attended, along with the fire and ambulance services.

Very sadly, the driver of the Mercedes van, named by his family as 20-year-old Jack Bray from Newton Abbot, was pronounced dead at the scene.

The driver of the HGV, a woman aged in her 20s and from Weston-super-Mare in Somerset, sustained serious injuries and was taken to hospital for treatment.

The driver of the Volvo, a male aged in his 50s from Paignton in Devon, was uninjured in the collision.

The family of Mr Bray has issued the following statement: ‘Jack was a beloved son, brother, grandson and friend to many and was the most smiley, happy and purest person with a heart of gold.

‘Our hearts are broken as he was taken far too soon and had so much more to give – he will be missed by so many.

‘We would respectfully request that family and friends are allowed to grieve in private at this very difficult time.’

Sergeant Jay Griffin, of the traffic unit, said: ‘Our thoughts are with Jack’s family and loved ones at this extremely difficult time and officers are continuing to do all they can to support them.

‘We are continuing to investigate this incident as it is important that we establish the full circumstances of the collision.

‘I would urge any witnesses who have not already spoken to police, or anyone who may have captured anything of relevance on dashcam, to please contact us.’

Anyone with information is asked to contact Dorset Police at www.dorset.police.uk/do-it-online, via email [email protected] or by calling 101, quoting occurrence number 55220057271.