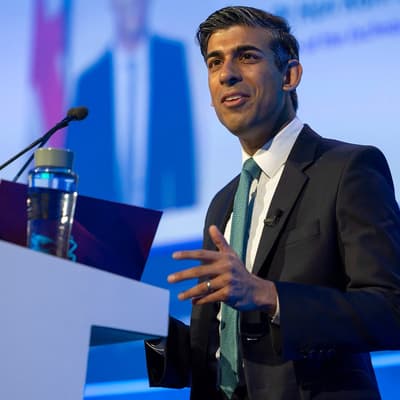 POLITICIANS across Devon have been reacting to news that two of the most senior members of the Conservative cabinet have quit over Boris Johnson’s handling of recent scandals.

Chancellor Rishi Sunak and health secretary Sajid Javid resigned within minutes of each other on Tuesday. Earlier the prime minister had apologised over statements put out by number 10 about his knowledge of inappropriate behaviour by former deputy chief whip Chris Pincher.

Mr Johnson denied being aware of complaints against Mr Pincher before he gave him a government job, but it later emerged he did know about the allegations.

In his resignation letter, Rishi Sunak said he had been prepared to compromise to allow the prime minster to achieve his goals, but added: ‘Our people know that if something is too good to be true then it’s not true.’

He concluded: ‘I have reluctantly come to the conclusion that we cannot continue like this.’

Mr Javid’s resignation letter bore a similar tone and said: “We may not have always been popular, but we have been competent in acting in the national interest.

‘Sadly, in the current circumstances, the public are concluding that we are now neither. The vote of confidence last month showed that a large number of our colleagues agree.’

MPs in Devon took to Twitter in response to the news.

Plymouth Sutton and Devonport MP, Labour’s Luke Pollard hit out at all Tories. ‘Every Tory MP knew who Boris Johnson was when they made him PM,” he tweeted.

‘The problem isn’t just Boris Johnson, it is the whole Conservative Party. The Tory party is corrupted and changing one man won’t fix that. Only a real change of government can give Britain the fresh start it needs.’

Labour MP for Exeter Ben Bradshaw condemned the people who have recently resigned, not just Mr Sunak and Mr Javid.

Mr Bradshaw tweeted: ‘None of these resigning cabinet ministers should get a smidgen of credit.

‘They’ve propped up a disgraced leader for far too long, while all the huge challenges facing Britain have been neglected…. We need a general election.’

But not all the criticism levelled at the cabinet came from Labour. Conservative MP for Totnes Anthony Mangnall was equally scathing of some of his colleagues.

He tweeted: ‘It is time for cabinet colleagues to recognise the appalling damage that the prime minister is doing to the party, government and country.

‘It isn’t good enough and each day that passes those who sit in cabinet will be more complicit with this farcical situation.  Time4change.’

Devon’s newest MP, Liberal Democrat Richard Foord, who overturned a huge Conservative majority in the Tiverton and Honiton by-election last month, simply posted an image of himself holding a sign with the words: ‘It’s time to show Boris the door.’

Added to the image was his message: ‘Take note Conservatives.’

Tweeting before the resignations, Totnes MP Anthony Mangnell (Conservative) wrote: ‘It is time for cabinet colleagues to recognise the appalling damage that the prime minister is doing to the party, government and country.

‘It isn’t good enough and each day that passes those who sit in cabinet will be more complicit with this farcical situation.’

On Monday, Sir Gary, Mr Jupp, Ms Saxby, Ms Morris and Sir Geoffrey were photographed beaming on the doorstep of number 10, where, according to Ms Saxby, they ‘met with Boris Johnson to highlight key projects we are working on across the whole county.’

As Mr Johnson has a number of government jobs to fill, at least this five, none of whom has as yet come out for or against him (at the time of writing) could be fresh in his mind as he shuffles the deck.