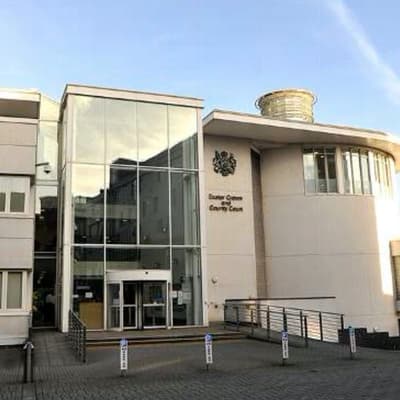 A TEACHER from Dawlish has been banned from driving after he was caught five times over the limit after clipping kerbs in a village in West Devon.

Patrick Gorman turned to alcohol after the breakdown of his marriage but it led to him being sacked from the private girls’ school in Exeter where he had been a respected employee.

He was upset after his wife ended their marriage and moved to Spain with their two children.

An off-duty police officer saw him swerving ‘all over the road’, driving on the wrong side of the carriageway, and narrowly missing oncoming traffic on many occasions.

Prosecutor Miss Cathy Thornton said the officer followed him through Lewdown where he saw his car clipping kerbs during the incident in January this year. He alerted colleagues who stopped him nearby.

He told the arresting officer he had drunk ‘quite a bit’ and later gave a breath sample with 178 mcg of alcohol in his breath, which is more than five times the legal limit of 35mg.

Gorman, aged 47, of Sweetbriar Lane, Holcombe, near Dawlish, admitted drink driving and was banned from driving for three years by Newton Abbot Magistrates.

He was also jailed him for 18 weeks, suspended for 12 months, and ordered he carry out 120 hours unpaid work, 12 days of rehabilitation activities, and to complete a six month alcohol treatment programme.

The JPs said: ‘The offence is so serious that only custody can be justified. The level of the reading was substantially in excess of the specified limit and this offence is aggravated by the poor standard of driving.’

Mr Paul Brookman, defending, said he had also been suspended from school over claims of consuming alcohol on school premises.

He said Gorman was under financial pressure, was sleeping in his car, and could not afford the £14,000 cost of residential placement to treat his alcohol problems.

Mr Brookman said on the day in question he had taken his family to the airport and his wife told him their relationship was over.

He had given his wife money for his daughters’ education but believed she had spent it on buying a property in Spain instead.

He had been sacked by the school and is waiting to appear before a teaching disciplinary panel to see if he will face a ban from teaching in the future.

He said Gorman had now stopped abusing alcohol but ‘he has a long way to go’ and was looking for work shelf stacking or in a warehouse as he was not entitled to State benefits.