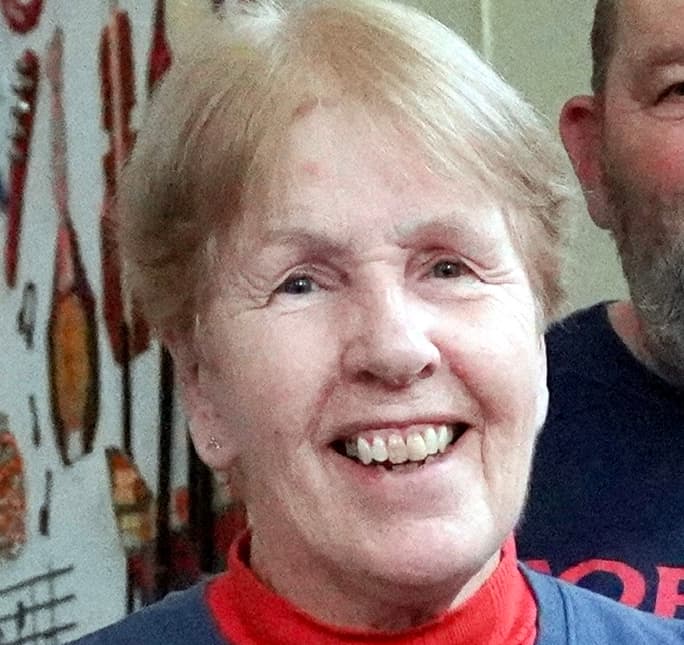 COMMUNITY champion Marie Whitehead has been recognised for her work in the New Year’s Honours.

Marie, who is one of the stalwarts behind the Strand Centre in Dawlish, has been awarded the British Empire Medal for services to the community in Dawlish.

The honour is to mark her contribution to the charity centre over more than a decade.

She said: ‘I do feel very humbled by this award, it is amazing and very touching.

‘This award reflects on the whole Strand Centre.’

We will have more on other Teignbridge recipients as we receive it.

Commanders of the Order of the British Empire

Officers of the Order of the British Empire

Members of the Order of the British Empire

Paulin Anne Barker, founder of the Devon and Cornwall Wild Swimming. From Plymouth. For services to swimming in south West England.

Dr Keith Hiscock, of Plymouth, a marine biologist for services to marine conservation.

Nicholas John Millington, of Exmouth, director Safety Task Force, Network Rail. Awarded for services to the railway and to the NHS during Covid-19.

Mark Victor Peter Ruston, of Torquay, an Inspector in the Devon and Cornwall Police, for services to policing.

Richard Charles Barrington Stevens, of Plymouth, managing director of Go South West for services to transport and to the community of Plymouth.

Medallists of the Order of the British Empire

Angela Marie Bennett, of Plymouth, for voluntary service to the community in Plymouth.

Andrea Dawn Corrie, of Tiverton, a water safety campaigner, for services to water safety on the Royal Borough of Kingston upon Thames.

Anthony Marc Cussen, of Plymouth, for services to charity and to the community in Plymouth.

Mark Clive Escott, of Exeter, for services to education in the South West.

The Reverend Innocent Nathan Kiyaga, of Torquay. Chair of the Devon and Cornwall Scrutiny Panel, School Chaplain, St Cuthbert Mayne School, and Area Dean, Church of England, Torbay. For services to the community in Devon and Cornwall.

Alison Jane Kohler, of Newton Abbot, lately director of Conservation and Communities, at the Dartmoor National Park. For services to conservation in Devon.

Zoe Elizabeth Sayers, from Plymouth, for services to the community in Kent during Covid-19.

Marilyn (Marie) Jane Whitehead, of Dawlish, for services to the community in Dawlish.

Hundreds of drink-drive casualties in Devon over three years

Two firms have recipe for success at food awards

14 October 2021
We use cookies on our website to give you the most relevant experience by remembering your preferences and repeat visits. By clicking “Accept All”, you consent to the use of ALL the cookies. However, you may visit "Cookie Settings" to provide a controlled consent.
Cookie SettingsAccept All
Manage consent