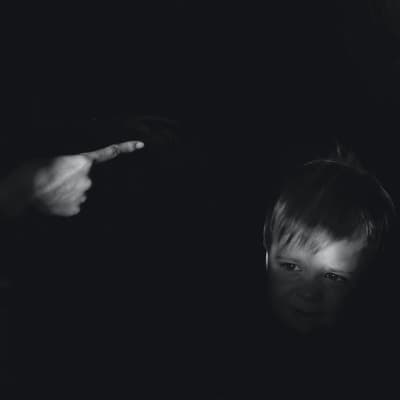 INCIDENCES of child cruelty and neglect  in the South West increased by nearly a quarter last year as the country emerged from the pandemic.

A Freedom of Information request to South West police forces including Devon and Cornwall Police, found there were 2,985 offences recorded in 2021/22 – an average of eight a day – a jump of 23 per cent on the previous year.

NSPCC experts warned at the start of the pandemic that an increase in stressors to parents and caregivers, coupled with an increase in children’s vulnerability, and a disruption in normal protective services would lead to an increased risk of abuse.

The charity is highlighting the worrying scale of the problem on its flagship ‘Childhood Day’, and two weeks on from the publication of the Independent Review into Children’s Social Care and the National Review into the deaths of Arthur Labinjo-Hughes and Star Hobson.

Both reviews, alongside this new data, reinforce the need for a reset of the child protection system. The NSPCC wants to see children’s social care in England focused on early intervention, with children at its heart.  And above all political leadership from the very top of Government.

As thousands of people come together today to back the NSPCC’s Childhood Day, the charity is emphasising that everyone has a responsibility to keep children safe from abuse and neglect.

It is calling on communities to play their part in a collective effort and is encouraging people to contact the NSPCC with any concerns they have about a child, even if they are unsure and want to get advice, learn the NSPCC Helpline number and support Childhood Day by making a donation to the charity.

Childhood Day is the NSPCC’s flagship day of fundraising and action that takes place on the second Friday in June every year. This year schools across the UK are taking part in the NSPCC’s Big Breaktime. This is an extra hour of play where they can remember the special things about childhood whilst raising vital funds for the NSPCC.

NSPCC CEO Sir Peter Wanless said: ‘The statistics we have released today demonstrate the worrying scale of abuse and neglect. This must be a priority for the Government.

“The evidence from a series of reviews have shown where and how to better resource and support a child protection system that works better for all those who need it. Now is the time for action.

‘But our message isn’t just for politicians. It’s vital to remember that child abuse can be prevented. As thousands of people get behind Childhood Day today, they demonstrate their support for positive change and their willingness to play a part in keeping children safe.’

The NSPCC is urging anyone with concerns about a child, even if they’re unsure, to contact the NSPCC helpline to speak to one of the charity’s professionals. People can call 0808 800 5000, email [email protected] or fill in the online form.

Become a bee champion and help save Bradleys’ bugs

Up to £70K up for grabs for Devon People’s Projects

29 June 2022
We use cookies on our website to give you the most relevant experience by remembering your preferences and repeat visits. By clicking “Accept All”, you consent to the use of ALL the cookies. However, you may visit "Cookie Settings" to provide a controlled consent.
Cookie SettingsAccept All
Manage consent