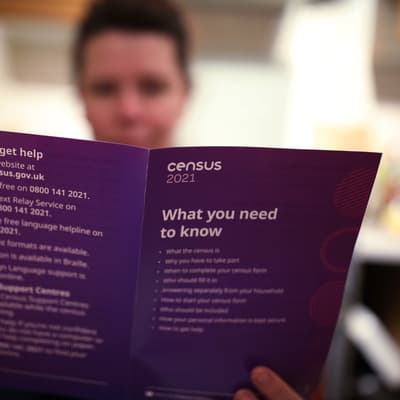 Teignbridge has an ageing population, new Census figures outline, as the proportion of over-65s calling the area home rose in the last decade.

The Census takes place every 10 years, with the latest snapshot captured on March 21 2021.

Figures published by the Office for National Statistics show there were 36,500 people aged 65 and over living in Teignbridge on census day last year – up from 29,016 in 2011, when the Census was last carried out.

This trend is reflected across England and Wales as a whole, where the population is ageing.

Data from the 2021 census for England and Wales will be published in stages over the next two years, the ONS said.

Future releases will include figures on ethnicity, religion, the labour market, education and housing plus – for the first time – information on UK armed forces veterans, sexual orientation and gender identity.

The census was taken at a time when coronavirus restrictions were still in place across the UK, with people only allowed to leave their homes in England for recreation and exercise outdoors with their household or support bubble, or with one person outside their household, and the rule-of-six on outside gatherings not coming into place until the end of March.

The Census, which is used to understand how the UK’s population changes over time, shows the balance of men and women across the country.

In Teignbridge, 48.4% of the population was male and 51.6% was female last year – around the same proportion as 10 years ago.

The City of London (55.8%) had the highest male-to-female ratio, while Kensington and Chelsea (46.7%) had the lowest.

27 June 2022
We use cookies on our website to give you the most relevant experience by remembering your preferences and repeat visits. By clicking “Accept All”, you consent to the use of ALL the cookies. However, you may visit "Cookie Settings" to provide a controlled consent.
Cookie SettingsAccept All
Manage consent