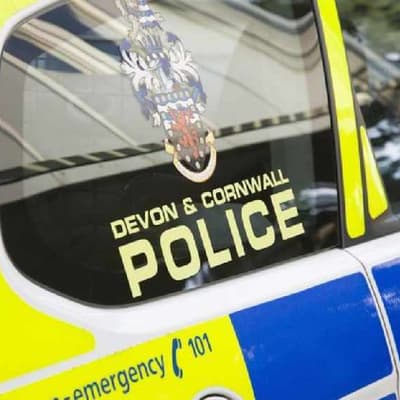 Over June 14 and 15, a significant number of searches and activity was carried out across in Torquay, Paignton, Teignmouth and Newton Abbot.

A total of 40 people were arrested as part of the operation on suspicion of a range of offences, including: possession with intent to supply class A and B drugs; being concerned in the supply of drugs; possession of an offensive weapon; money laundering; drug driving and driving while disqualified.

Of those arrested, four people were charged to court with offences of possession with intent to supply drugs and being concerned in the supply of drugs. A small number were released on police bail and one person was released under investigation.

Only two have been released with no further action being taken and six were issued with cautions or community resolutions.

Items seized as part of the searches including multiple kilograms of suspected Class A and B drugs in a range of forms (heroin, cocaine and amphetamine), electronic scales, multiple bladed weapons, mobile devices, a significant quantity of cash and 12 vehicles.

Project Medusa is an operation led by Merseyside Police involving a County Lines taskforce and Matrix vehicle enforcement team which was set up to tackle County Lines drug dealing and child criminal exploitation.

They have provided an ongoing commitment to supporting Devon & Cornwall Police. A police spokesman said: ‘County Lines has a huge impact on our communities, and we know that drug supply and use within South Devon and across Devon and Cornwall is something we must continue to tackle to reduce harm to the vulnerable and support our communities.’

Chief Superintendent Roy Linden, South Devon Commander, said: ‘Drugs and drug-related crime are extremely harmful to our communities, and operations such as this are crucial to targeting those responsible.‘

Working alongside other forces and agencies allows us to maximise information sharing and intelligence in order to target offenders, safeguard vulnerable people and prevent further harm.

‘Our message is very clear, we are committed to supporting our communities, protecting the vulnerable and we will pursue those who intend to commit crime here.’

Alison Hernandez, Police and Crime Commissioner, said: ‘People don’t want to see people using drugs near their homes and businesses, they don’t want to live with the effects of drugs in their communities, they want the dealers who profit from violence and misery dealt with robustly.

‘We’re working in partnership with forces in the South West and hand in glove with this incredible team from Merseyside to send a clear message to drug dealers that this is not somewhere you want to ply your trade.’

‘The intelligence gathered over the two days will enable us to continue to target and disrupt organised crime networks intent on supplying drugs and exploiting young and vulnerable people in our region.’

20 November 2022
We use cookies on our website to give you the most relevant experience by remembering your preferences and repeat visits. By clicking “Accept All”, you consent to the use of ALL the cookies. However, you may visit "Cookie Settings" to provide a controlled consent.
Cookie SettingsAccept All
Manage consent